I hope you had a great holiday and were properly jolly all week! I can now post something that I have been working on for a while, but couldn’t write about before, because it was a present for my sister. 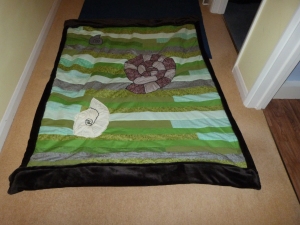 Because who doesn’t need a quilt with ammonites!!

But not just any quilt – my sister is a keen amateur palaeontologist and likes nothing better than scouring the beaches of the southwest looking for a good fossil. So obviously her quilt had to have some fossils on it! This quilt is a bit smaller than usual as it is a sofa throw quilt, but would suit for the end of a single bed. 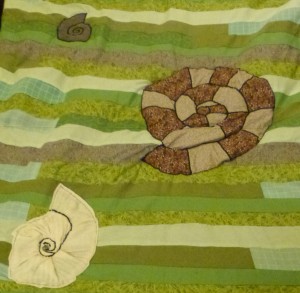 A close up of the ‘ammonites’

I made the front using off cuts of old fabric pieced in a simple stripe patchwork and then used fur for the backing (because my sister’s house is quite cold and it’s snuggly). Because it’s a fossil quilt I decided to appliqué some ammonites onto the front, but I wanted the pattern to be peeping through the back as well, just like you might see if you saw a rock with a fossil in it – so I used the ammonite pattern to bind the front, back and wadding together! This did make the binding quite loose, but as it’s a small quilt that isn’t so much of a problem. Using fur for the back made the binding quite difficult and it is a bit messier around the edges than I would have liked, but she seems to like it and it will do well for her front room. 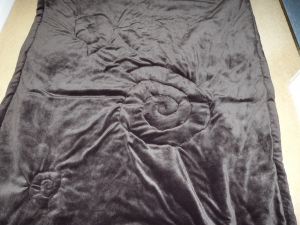 3m soft brown fur (for back and hemming)

A selection of off cuts to make a 2m x 1.5m patchwork

If you want more information on quilt making along with some excellent tutorials, I recommend looking at Amy Smart’s blog – Diary of a Quilter. 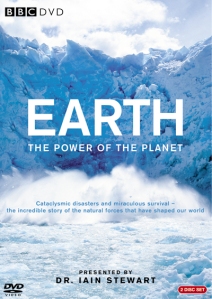 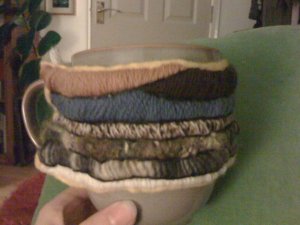