Today was a loooooooooong day! You know that feeling when you are sat in a presentation and the speaker is on slide 14 of 27 and ran out of time 5 minutes ago? Well image how much worse it is when the person rambling, prevaricating and generally being annoying is the one who is supposed to be keeping order?! This was my experience today – of a moderator gone wild!! It was really frustrating!!!!

Anyway, I arrived in the morning for my first session, which was supposed to start at 8.30am, but the first talk was cancelled so it actually got going at 8.45 (oh the luxury!).

This was the session on Geoethics and Geoeducation (EOS1) and included presentations on Fukushima, nano technology and Antarctic lake exploration. The presenters weren’t pulling their punches about the failings of those in and associated with the geoscience community in terms of ethical behaviour, but by far the most outspoken present was Tokio Oshka from Japan. He implied that the accident at Fukushima, was actually caused by a lack of corporate responsibility on the part of the company, which didn’t have any capacity for negative feedback, in order to improve safety at the site and that the government was complicit because it held shares in the company. The presentation was conducted with great passion and it certainly made me think more about the ethical implications of a government apparently being so (financially) closely linked to a company. 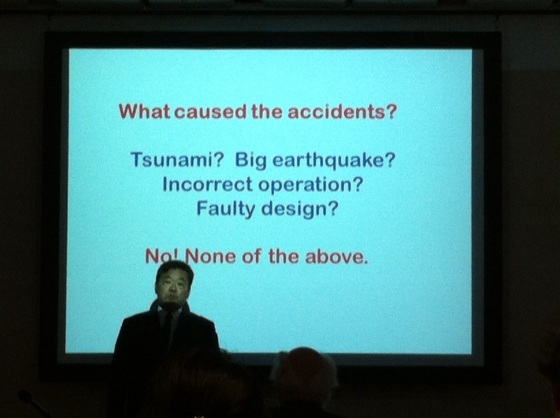 But Tokio Oshka was not the only vociferous speaker – the moderator for the session at one point launched into an accusation that the Ethics, education and communication sides of EGU were ‘discriminated against’ mostly because the partner poster session to this mornings ovals was at the same time, so many people who would have normally gone to both, could not. And I can kind of see his point – this year the Education and Outreach symposia has a much higher profile than the subject in previous years, but it is still very much at the edges of the conference. Perhaps it is because ethics, education and communication does not have a ‘division’ within EGU to protect its’s interests in the same way as the other groups do, though the team of staff who organised the Symposium are just as talented and dedicated as those in the divisions. 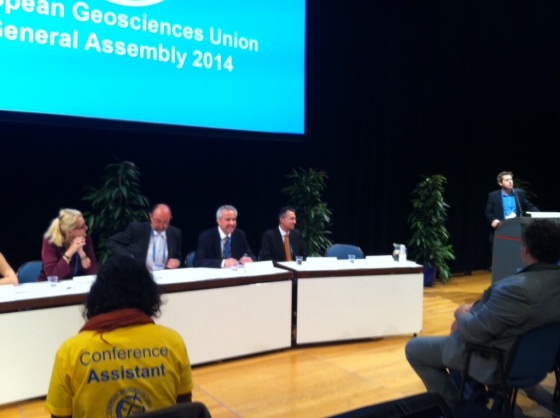 The second session I attended was EG1 The Role of Geoscientists in Public Policy – a panel discussion about the state of geoscience policy in Europe and the world. The Panel consisted of:

The panel discussed a wide range of ideas relating to policy, including; science-politics dialogue, the differences in different countries, interdisciplinarity, permanence of geoscience in the public realm (not just after a disaster), open access, training future generations and why scientists are reluctant to make statememts. Two particularly interesting questions to me were, are we overlooking local and regional government in favour of national and international, and how does scientific thinking affect our ability to communicate? To be honest I felt that both questions were rather dismissed – the first by saying that national and international governance informs local and regional decisions, but I think that is simplifying local political concerns. In my recent work I have been interviewing village residents in the south west and I have found that local politics is far more important to most people I have spoken to than national. The second question was approached as being a good idea, and the value of interdisciplinarity was raised (again), but the panellist seemed to quickly return to the bastion of old science.

Still it was an interesting session. 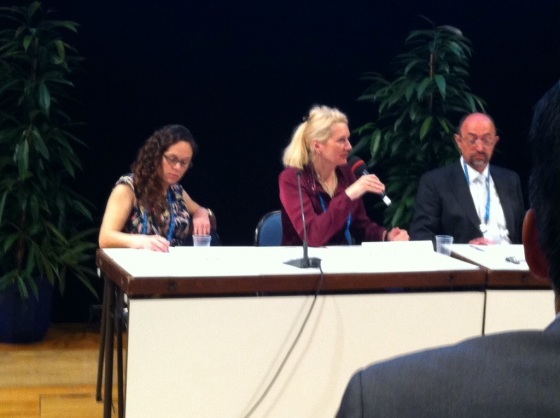 My afternoon was a bit spotty – I sat in on a couple of presentations about Thermal and Mechanical Processes and Energy Storage in Porous and Fractured Aquifers (HS 8.2.5), but ran away when the equations started to fill the whole screen, though I did learn that the amount of shearing in marbles does appear to improve their thermal conductivity. I also attended Biochar and Organic Waste in Soils (SSS6.5) on the recommendation of @EuroGeosciences and listened to a talk on the Economic feasibility of biochar to soils in temperate climate regions by Gerhard Soja. This was interesting because I didn’t really know anything about biochar before – so just as was suggested at the beginning of the conference, I tried something new! 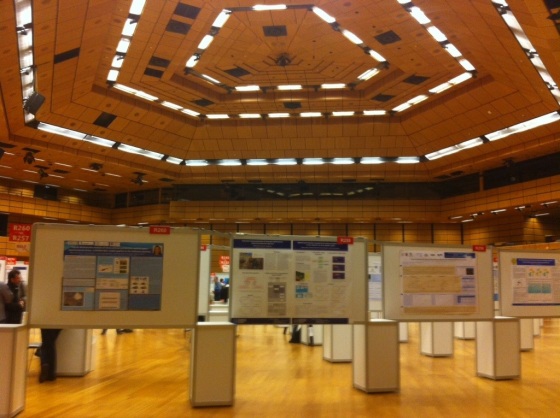 I also attended the Citizen Empowered Science and Crowdsourcing in Geosciences session (ESSI1/EOS6) and spoke to Luca D’Auria about his poster on Real-time mapping of earthquake perception areas of the Italian region from Twitter streams analysis. Basically, the research used people’s comments on twitter that were geolocated to identify areas of increased perception of the earthquakes. I was interested to learn how they dealt with retweets and quoted or modified tweets. Dr D’Auria said that in order to take this into consideration they didn’t include any retweets in the dataset and they also collected background data in order to normalise the responses and counter any false positives that may be collected. What this normalised data showed was that although there was strong trend towards the cities without calculation, after the data was normalised the trend in the cities disappeared and the only identified highlight was in the east of Italy, around the area where the epicentre had been recorded. This research is interesting as it could be used to asses perception of strength and a better way to interpret earthquake risk to people in seismically active areas. 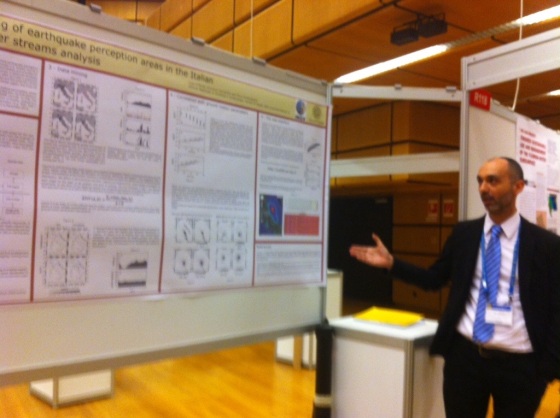 I ended the day at the ‘Scientists Must Film‘ workshop, a very entertaining and informative workshop presented by a pair of filmmakers who could have had their own double act!

Great fun and a great end to the day!

I also had a conference selfie moment with #EGUlegend Gunter Bloschl and Rachel Hay (@geogrhay)!! 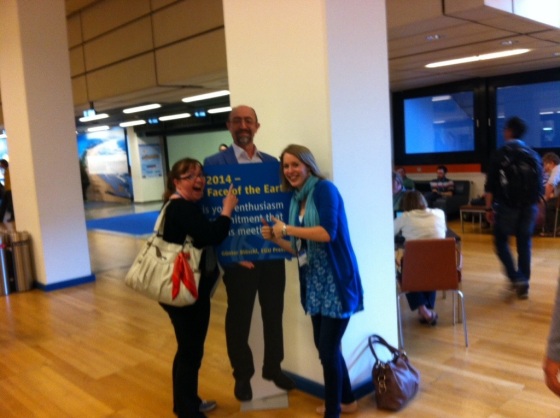